The story begins almost 100 years ago in the 1920’s when two young Danish sisters, Lili and Ylva travel to Oxford, UK to study English. Lili meets a handsome young man who happens to be a Prince from Malaysia, Prince Ozair.

Prince Ozair and Lili fall in love, get married and move to Malaysia.

Unfortunately their happiness did not last long. The story tells that one night where the Prinze gets irritated and angry with some plantation workers sitting around a camp fire he kicks the camp fire and leaves. The plantation workers casts a bad spell and a few days later the Prince was dead.

The Royal family were not particularly excited about Lili, but being the prince’s widow the could just not get rid of her. After the Prince died Lili inherited a significant number of values, among other the rubber plantations. Lili lived the rest of her life in Penang, Malaysia and they never had any children.

Lili often visited her home country, Denmark every or every second year and always brought presents to her Danish family.

Axel received a present from Lili in 1984. A Rolex watch in 18 karat gold. A DayDate reference 18038. Axel was very proud of the watch and used it only for special occasions. Axel gave away the watch to his nephew as thanks for the nephews service in the family moving company.

That is when I get to to know Susanne that found me though her contacts.

Checking the watch I was thrilled to see that the watch was exactly as described, only used sporadically and in great and original state. Not only had they been gentle to the watch but fortunately they had kept all the original accessories.

With the watch follows copies of envelopes of letters to and from Prince Ozair and the Princess Lili.

Congratulations to the new owner! 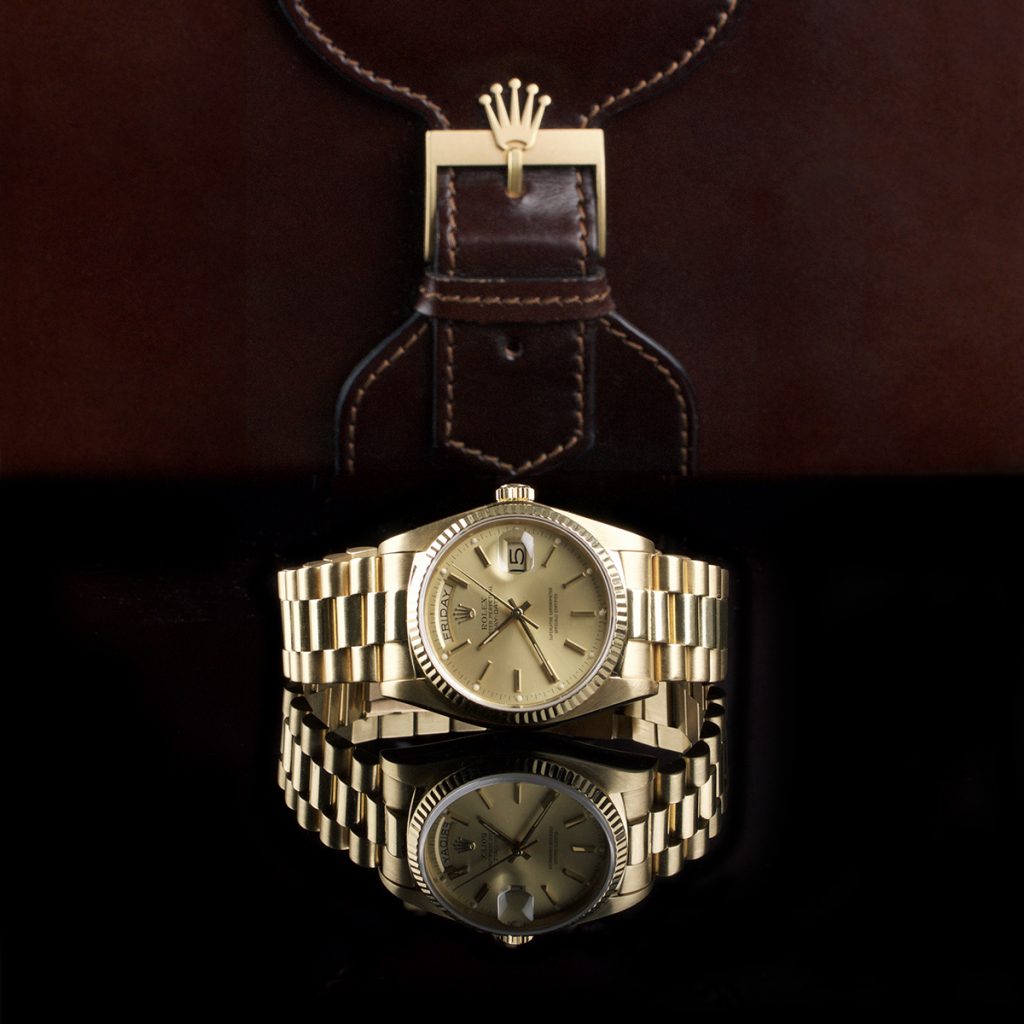 Classic 390 is a part of the concept store Bagg&Gross You are always welcome in the store where you can explore the exquisite collection of luxury items. Read more about Bagg&Gross

You can find out more about which cookies we are using or switch them off in settings.

This website uses cookies so that we can provide you with the best user experience possible. Cookie information is stored in your browser and performs functions such as recognising you when you return to our website and helping our team to understand which sections of the website you find most interesting and useful.

Strictly Necessary Cookie should be enabled at all times so that we can save your preferences for cookie settings.

If you disable this cookie, we will not be able to save your preferences. This means that every time you visit this website you will need to enable or disable cookies again.